Dan Chiorboli (South Africa/Italy) was born in Ferrara, Italy and grew up in Durban, South Africa. Pursuing his love for music inherited from his mother and grandmother, he received his first taste of performing in front of an audience at the age of fifteen. He has gone on to perform all over the world and has worked as a session musician on over 200 albums, as vastly diverse as The African Gypsies (the group he co-founded with Ray Phiri), Ladysmith Black Mambazo, Kenyan Simba Morri, Brazilian icon Sergio Dias, Roxy Music guitarist Phil Manzanera, Buena Vista Social Club’s Juan de Marcos from Cuba, Black Coffee and Black Moses Ngwenya. His recent work, The Liberation Project, a sprawling triple CD entitled “Songs That Made Us Free – South Africa/Italy/Cuba” has received excellent reviews and is due to tour Europe in the summer of 2019. Dan is also the founder of Awesome Africa, South Africa’s pioneering music festival since 1999. But it is his numerous partnerships on projects with Neill Solomon from a very early age that have arguably yielded the best fruits.

On the environmental front, Dan was the Artistic Director for Kingsley Holgate’s ground-breaking Boundless expedition, an initiative which promotes Southern Africa’s seven trans-frontier conservation areas as investment and tourism opportunities under the theme Nature, Culture and Community.

Dan is a passionate conservationist and has agreed to be a Project Rhino brand ambassador as he travels across the globe.  Dan will assist Project Rhino to raise funds and awareness through his music to reach people far and wide to become aware of the threat our wildlife and specifically our rhino are facing.

We are excited about this new venture with Dan! 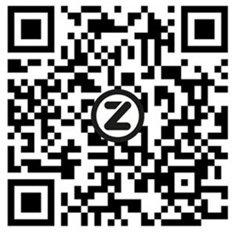